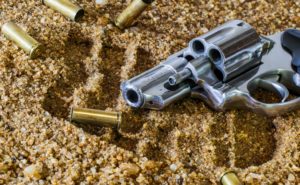 Just because people are using smartphones doesn’t make them smart. Believe it or not, innocent lives are lost every year due to gun casualties. If reports are to be believed, guns have silenced more than thirty thousand people in America alone in the year 2010. The number includes death by suicides, homicides, and unintentional shooting. With every passing year, we come across escalating number of such violent cases, especially among gun owners who didn’t always care enough to guard their guns. So, let us remember: One shot from a gun can slay a person. Therefore, sun safety measures should never be taken for granted.

For a moment, imagine your gun in unauthorized hands. It may not necessarily be in the hands of a notorious thief from the neighborhood, but your three-year-old could be playing with the unsecured gun. Goes without saying, the event that could follow in both the cases would be too drastic to visualize or evaluate. Remember, the risk of casualty increases in homes where guns are not securely stored. The plan is not to take chances with accident makers or troublemakers. While one could be armed with ignorance, the other could be armed with confidence. In both cases, you are at risk!

Remember, firearm education can help, but it won’t stop or prevent a burglar from executing his evil thoughts. Yes, it will prove to be helpful with kids, but no two kids are the same. By nature, kids are notorious and curious, so there is no way to tell if your gun will be safe in the nightstand drawer or not. They might pick up your gun in a casual way and end up being a part of the ugly statistics that you would hate to witness, imagine, or think about. Interestingly, a recent report highlighted the fact that the majority of the kids knew where their parents kept the firearms. Isn’t this a disturbing fact by itself?

For a gun owner, every day should be a safety day because most gun casualties happen in split seconds. Believe it or not, there will be no room for error-modification. Therefore, it’s better to keep your guns safe and sound on any given day, so that you don’t have to bitch about it for the rest of your life. As a general rule, treat every gun as if it’s loaded at all times to ensure that there are no security lapses from your end. To remind you again, your gun can claim an innocent life. So, take its security as a personal business. Therefore, choose an appropriate safe for your gun to prevent an accidental death or injury when you are least expecting it to happen.

2 Comments on “Why is gun safety so important?”